Whitney's entry into this world was a struggle, but she had a tremendous will to live and a handful of people who wouldn't give up on her.

The basic facts of Whitney's birth are that Lisa had a normal pregnancy with Whitney up until it was time to deliver Whitney. A Pitocin drip had been established in Lisa to induce labor. Lisa was in labor for a total 39 hours. The decision was finally made to perform a Caesarean Section delivery and the Pitocin was stopped. Sometime before the doctors actually started the C-Section procedure, the Pitocin was somehow turned back on. Lisa then had some very long contractions that wedged Whitney into Lisa's pelvis. Whitney's pulse rate dropped and an emergency C-Section was performed. Whitney entered into cardiac arrest soon after delivery.

Doctors refused to give up on Whitney as they performed CPR on her lifeless body for 25 minutes. Whitney's will to live took over and a heartbeat was found. Whitney survived her first test, but more were yet to come as many of her organs were not functioning properly and the doctors weren't confident she would make it through the night. Whitney was taken to NICU, placed on a ventilator and given her last rites.

Here is Whitney at 6 days old: 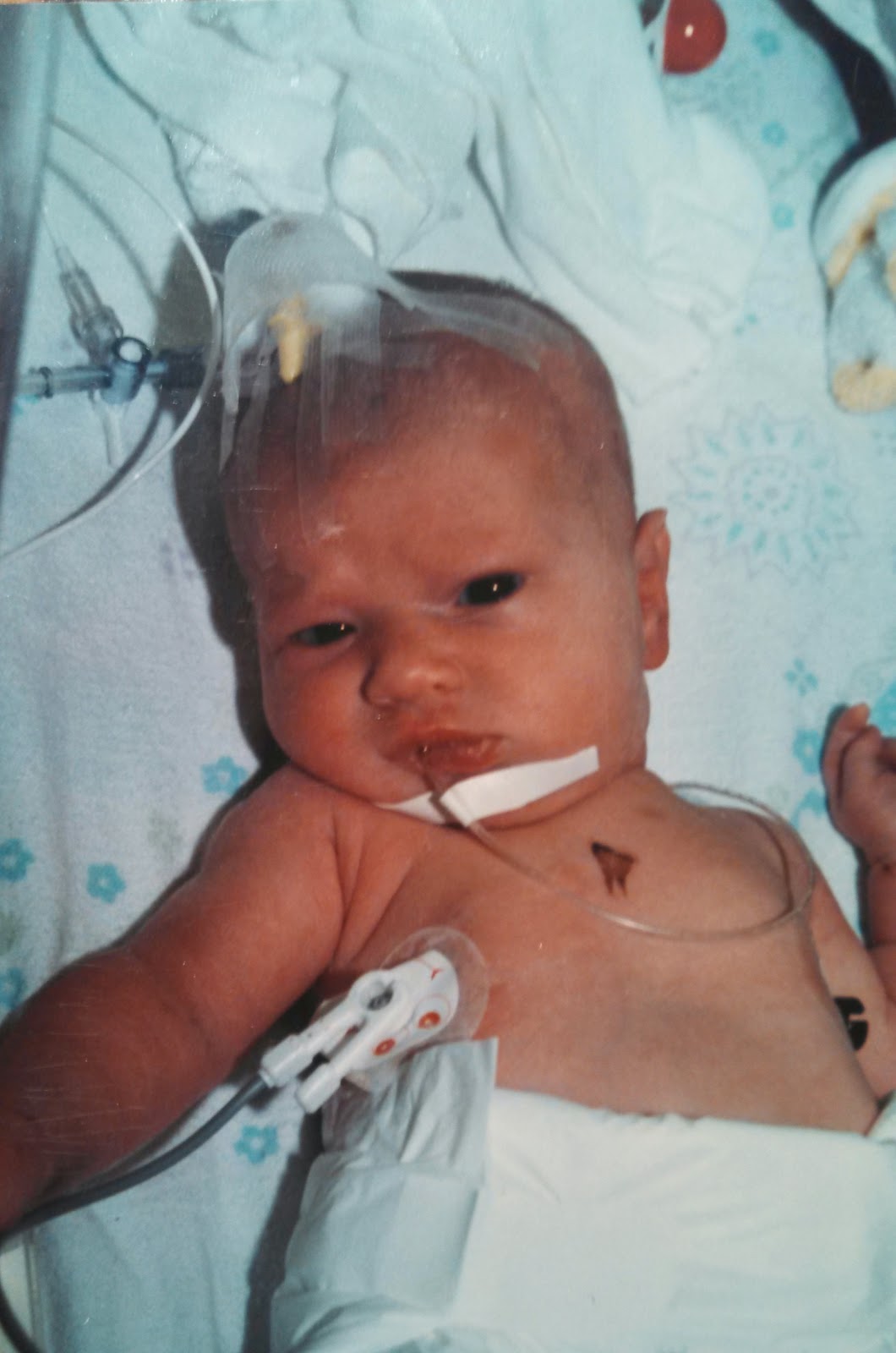 Whitney survived her first two weeks in the hospital, but the initial prognosis was dim. Whitney was diagnosed as having Cerebral Palsy caused by Cerebral Hypoxia. Doctors told Lisa that Whitney would never talk, walk or even hold her head up and that she would most likely be confined to a wheelchair.

Against all odds, Whitney was taking her first steps by the age of 3 and she continued to fight hard to be the young lady we all know and love today. I have no doubt that she will win this battle against leukemia, Whitney is a proven winner even when the deck was stacked against her.