Today went pretty much as expected with Whitney being very lethargic and "sickly." She is having difficulty walking or even standing at this point. The team changed doctors today and the new doctor talked with us about what his expectations were for Whitney and potential outcomes. He was very positive and he explained the process in much more detail than we had received before.

We have been her for 11 days, we finished our 6th day of treatment and now we are officially done with the first round of chemotherapy. We are currently fighting what I have referred to as a fine motor skill issue. Whitney is having what could best be described as twitches on the left side of her body and this is making it difficult for Whitney to use her left hand. This is what we brought the neurology team on board for. Current thinking is that some combination of the many medications are probably causing this. There is also a slight potential that the cancer has spread to the spinal cord. Sometime tomorrow Whitney should get a spinal tap to sample the spinal canal fluid for cancer and to also inject a small amount of chemotherapy drugs into the canal. Once we get the results back fro this we should know more.

There still is a possibility that Whitney may be able to make an appearance at the Kansas State Firefighters Conference banquet. We will have a much better idea once her white blood cell counts come back up in a few days. If the next couple of days go okay I will also try to go back to work later this week.

Whitney got a little bit of mail today and had a couple of visitors. Hannah Henderson and Michael Woessner came by today and they brought gifts from Starbucks. Well primarily the Lawrence Starbucks stores and from those who have worked at one of the Lawrence stores. Those that know us well know that we frequent coffee shops. Over the years we have made quite a few friends while making the daily trips to get some coffee. We were completely shocked by the amount of gifts that they brought. Just know that Starbucks is a big supporter of #TeamWhitney, show them some love.

Not very many pictures of Whitney today as she slept most of the day. 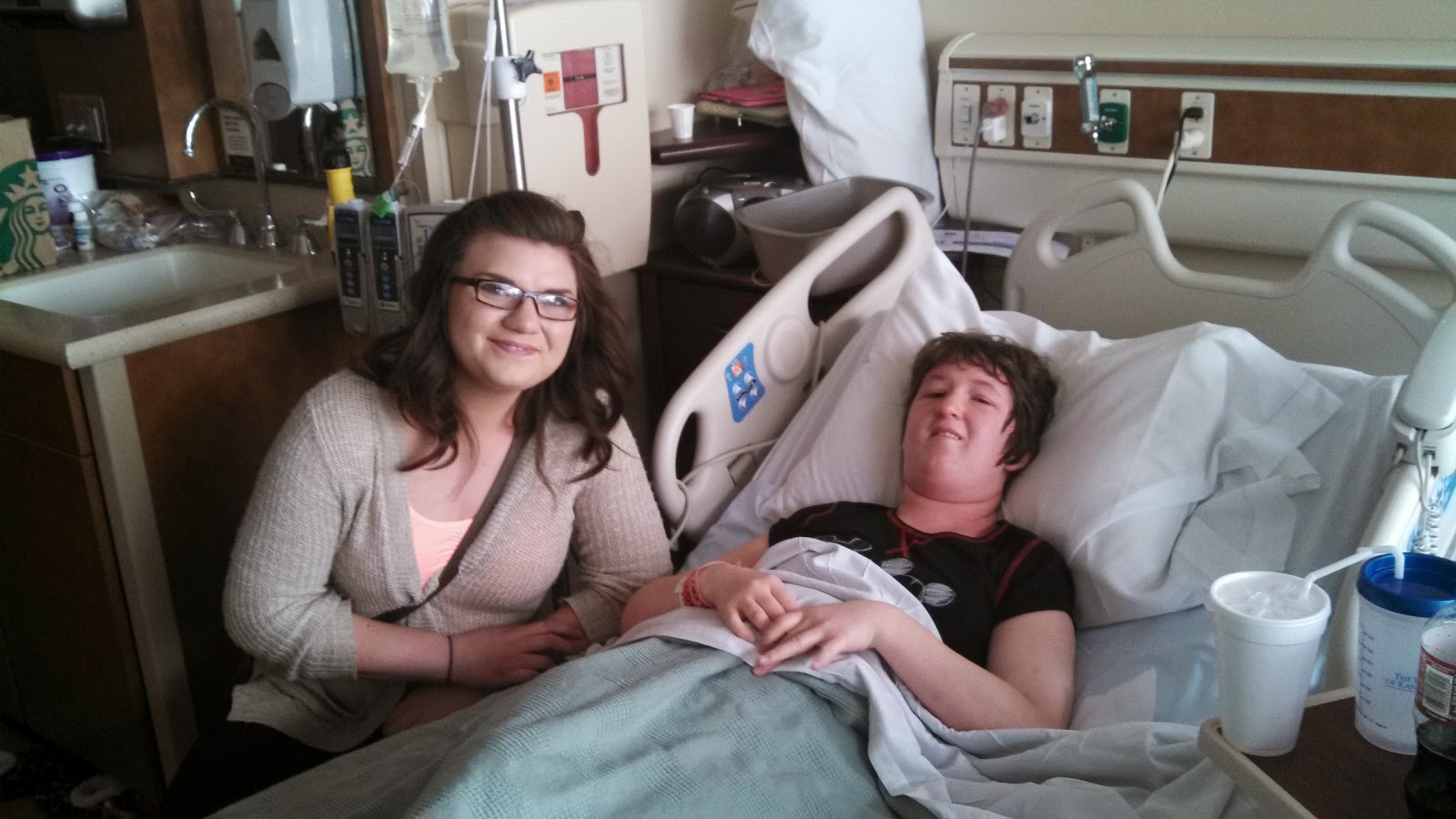 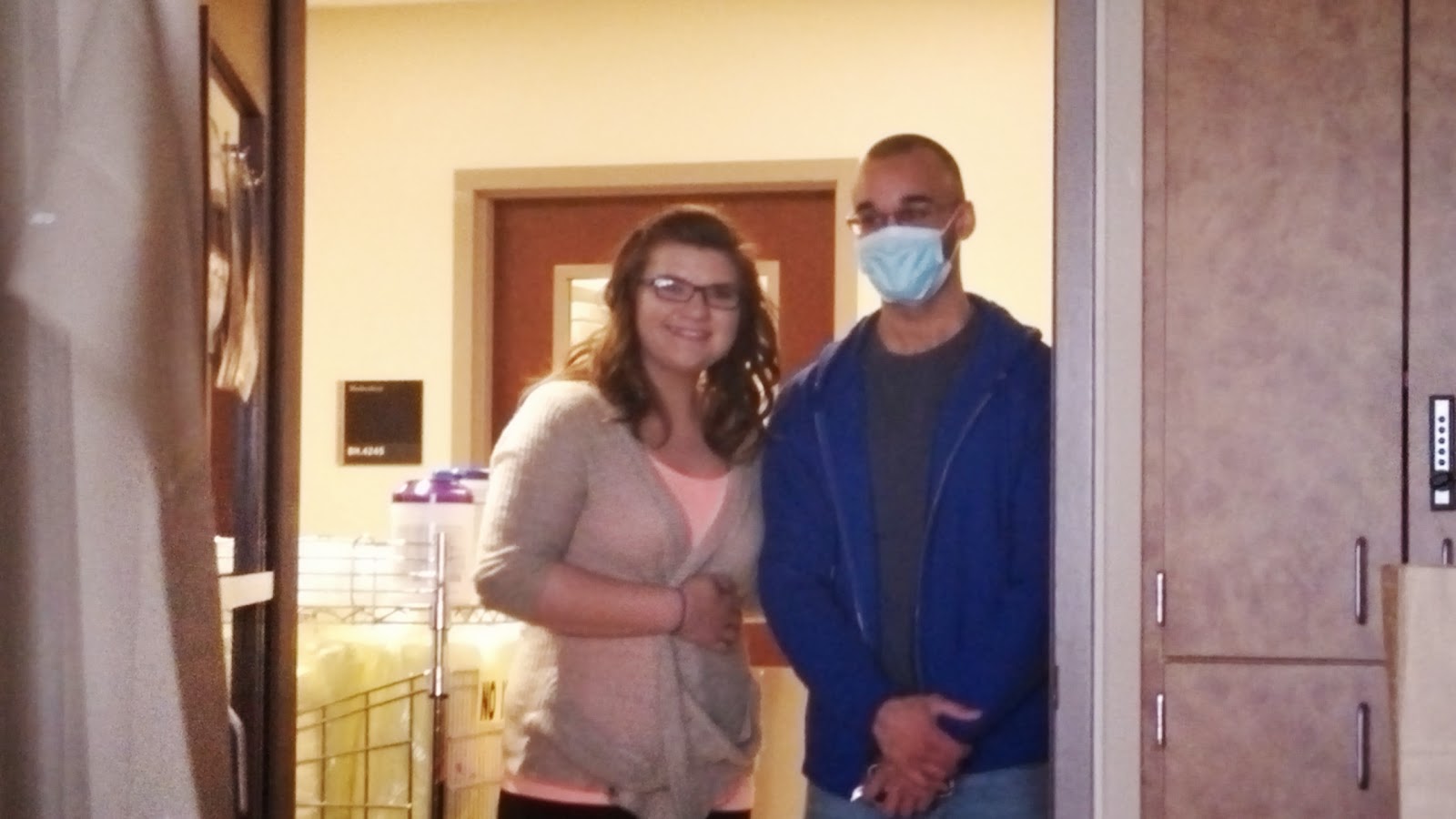 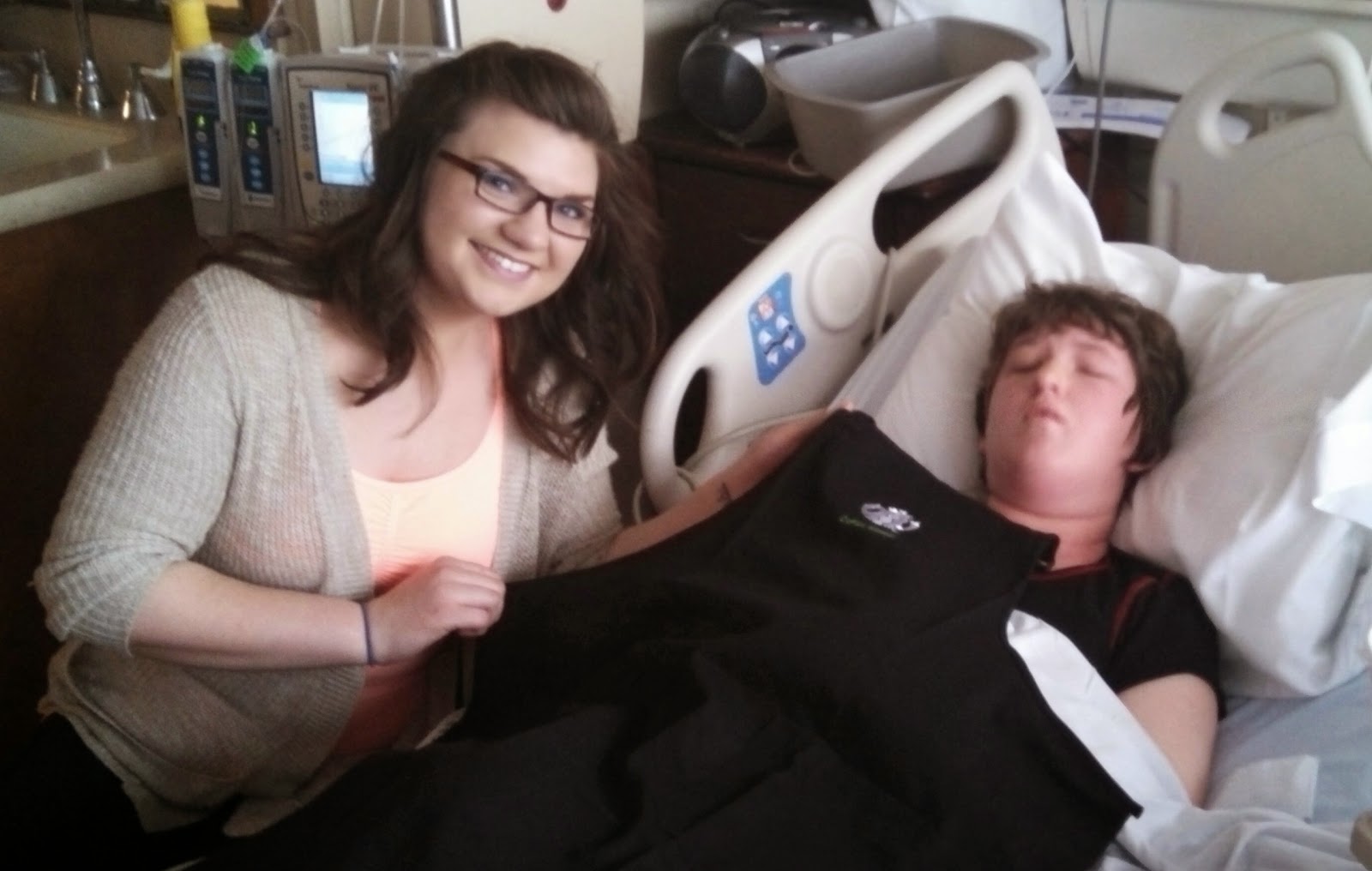