Lisa and I really wanted the very first Whitney Van Dyke Live Life to the Fullest and Fight Harder Scholarship to be awarded to one of the players who actually knew Whitney.

I remember that there was one young lady who was very sympathetic during Whitney's celebration of life and that impressed me. I knew then that this young lady genuinely liked and cared about Whitney as a person and not just because Whitney was a fan. As fate would have it, this same young lady found herself with a medical condition that ended her playing days early. This young lady could have walked away but she made the choice to stick with her teammates and help support them, never giving up on the team.

It was an easy decision for us to request that Keyla Morgan be awarded the first Whitney Van Dyke Live Life to the Fullest and Fight Harder Scholarship. Here we are at the 2017 KU Women's Basketball awards dinner with Keyla. 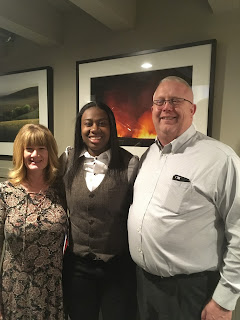 Keyla is always quick with a smile and a hug when we see each other. We usually tried to make it a point to seek her out before games to say hi. Keyla would often have her Live Life to the Fullest wristband on that we gave each member of the team while Whitney was battling leukemia. That simple gesture greatly warmed our hearts.

We wish all the best for Keyla and hope that she goes on to do wonderful things with her life!!! 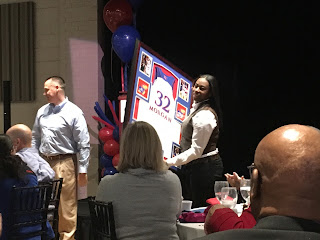 Here is Keyla (32) with the Whitney patch on her Jersey, 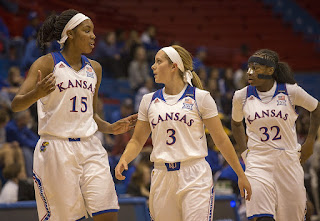 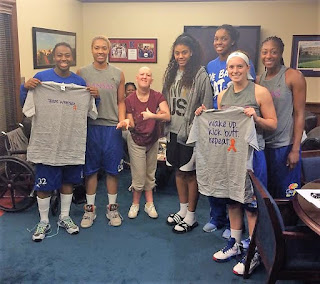 P.S. I keep trying to talk Keyla into being a firefighter, so who knows :)